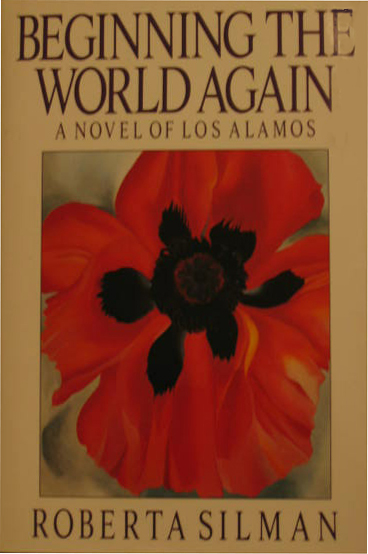 In this brilliantly conceived, compelling portrait of an extraordinary time and place, Silman interweaves the lives of her characters with those of historical figures - Robert Oppenheimer, Leslie Groves, Enrico Fermi, Richard Feynman, Dietrich Bonhoeffer, even Roosevelt and Churchill. She unveils the stark reality of The Hill, a place where everyone knew what "the gadget" was but no one could talk about it; a place where decent, thoughtful men and women wrestled with the seductive lure of scientific discovery and with the troubling dilemmas of war. In this, her most ambitious work, Roberta Silman has created a universal, haunting story of love, temptation, and conflict that addresses some of the most important questions of the century.

"I like Beginning the World Again a lot, especially the way Roberta Silman deals with time. Her portrait of Los Alamos rings true."

--Freeman Dysoon
“Mixing historical figures with fictional characters, Silman tells a compelling...story of the 'women of Los Alamos,' the wives of the scientists who created the atomic bomb in the early 1940s. Filtering the narrative through the character of bright, vivacious Lily Fialka and her brilliant young husband, the author deftly interweaves the domestic details of family life with the larger issues spurred by the scientists’ deadly work on the 'gadget.' Enforced isolation in the barren New Mexico desert prompts Lily to forge fast friendships with History Lerner, an outspoken woman disowned by her family for marrying a Jew; with Jacob Wunderlich, a complex man with a passion for science, who is trapped in a disastrous marriage; and with Erik Traugott, a world-renowned scientist who becomes convinced that the atomic bomb will unleash a new kind of madness upon the world and does his best to convince Churchill and Roosevelt that they must put a stop to the research. For all of its weighty moral and historical themes, this novel is also an interesting and insightful group portrait of highly intelligent, motivated people focused on a common goal.”
--Booklist