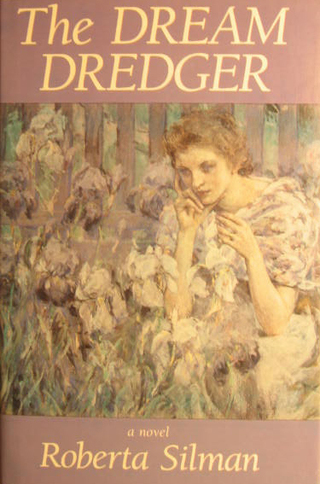 " With great insight and sympathy, in language that is clear, lyrical, and deeply felt, Roberta Silman explores the paradoxes of Lise Branson's life and fate. Against the background of the Hudson River and its rich lote, she gives us a portrait of a woman whose exemplary life is really a continual act of bravery

A lyrical, sad and beautifully rendered story about the power of family love and the intrusions of time, place and history that can cut it short and cut it off, by the author of Boundaries (1979) and the widely praised collection of short stories Blood Relations (1977).

Liselotte Hurwitz, for whom family has the highest value, seems to have enjoyed a happy childhood; she was born beautiful and gifted; she spent her early years as the privileged daughter of a famous medical doctor in Vienna, her parents escaped the Nazis early and settled in a pretty Westchester town on the banks of the Hudson River where they prospered. Later, Lise marries and has a seemingly happy family of her own. But in 1955, when her son Arthur (named after her much-loved father) dies of polio, Lise unravels. The doctors’ refusal to believe that Arthur has come down with the most serious strain of the polio virus, a disbelief that causes Arthur’s death, brings back with full force Lise’s childhood fear and sorrow for her Viennese aunts, uncles, cousins and grandparents, who, lacking her father’s perspicacity, died in Nazi camps, as well as her father’s own early and unexpected death. Lise emerges from a period of psychosis, but when she commits suicide 15 years later it’s up to her daughter, Diny, to reconstruct and redeem her mother’s half-submerged emotional life.

The novel’s title refers to the Hudson, in which Lise drowns while pursuing a dream of life as it ought to be; and one of the most attractive things about this attractive novel is its loving description of the river, its lore and its effect as a mirror and consoler of the lives of the novel’s sturdy, vivid, and affecting characters.”

”In a novel of ever-growing emotional intensity, Roberta Silman demonstrates the effect of the violence and disorder of our century upon a family that early fled Nazi pogroms to search for fulfillment [near] the Hudson River. The river serves as leitmotif of the major character’s fears and longings, as she--Lise--moves from childhood to marriage and motherhood, and resonates in the reader’s own psyche; for Lise, particular woman though she is, tells us much about ourslves, at this point in our American history. I find it a disturbing fact, but one indicative of the depth of emotional insight in The Dream Dredger, that Lise becomes the kind of character we once called ‘universal’ at the moment she begins to question her own sanity. The novel has drama and suspense, and magnitude and integrity..."
--James McConkey, author of Court of Memory

SECRETS AND SHADOWS
...penetrating psychological novel that plumbs the depths of how an individual’s guilty secrets can undermine his inner life and his marriage.

Boundaries
Tender, affecting novel that explores the pain of loss, and, in its wake, the arduous task of building anew, Boundaries reveals Roberta Silman's rich, absorbing perception of the priorities, the limitless reaches, and the insistence, of love.