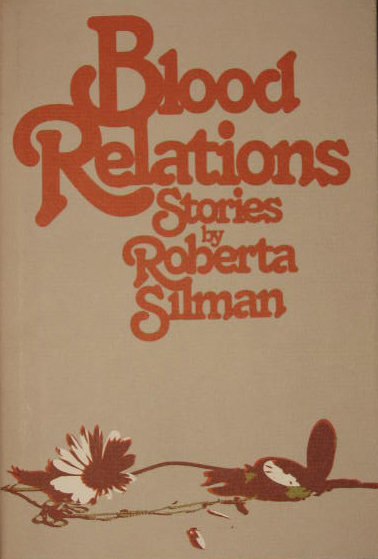 “Readers who have discovered Roberta Silman’s stories in the Atlantic and The New Yorker will be delighted with this first collection of the talented new writer’s work. There are 16 tales here, some interrelated, and they are wonderful. This is a quiet writer who is concerned with everyday life, material that can assume importance as it becomes memory, as it is lived, or as it directs the future. 'Giving Blood' reveals a woman’s tensions and disillusion as she fights for her child’s survival, while 'Company' shows the inner fantasy life of a woman out of the mainstream, who settled in her loneliness for friendships with Kafka and Bill Shakespeare and Virginia Woolf. She writes of grandparents and children, the ways they survive, the legacies they give, the hopes they foster. Her people are ourselves as they move through their lives, using what strengths they have to survive. Warm, human, bittersweet stories from an accomplished teller of tales.”

--Publishers Weekly (starred review)
“Like Elizabeth Cullinan, Silman intuits, in these sixteen stories, the intimate languages and ritual silences of Family--parents and children, brothers and sisters--and the investments of love and governance made in each other’s lives. Silman’s middle-class, Jewish families are moored in second generation stability. Yet there are the grandparents, guests at the wedding, who bear the burden of transfer and continuity. One grandfather, alien, awe-inspiring, is majestically tyrannical; another, a gentle man, tentatively probes back into his youth in Russia, with its nagging danger and lost promise. Grown-up children and their fathers confront separation: in 'Debut,' the parent of a successful pianist recognizes the end of his guardianship; a young mother, mourning her own mother’s death, accepts her father’s inevitable, lonely, long 'Running' to the end; and in 'Wedding Day,' ceremony seals the movement of generations but not to bewilderment of parting. The devotion of brother for sister, of young women for their ill and dying young, underscores the need to be sustained by those we nourish. In 'Rescue,' a husband and father, out of work, immobilized, persists in celebrating before his strained family his one potent act--saving a life. And there is the deeply moving story of a widow, cracked by family tragedy, who is driven to the demeaning violence of petty thievery. Commitment to family animates each dialogue and gathering--from the dark parlors of the old to the cluttered rooms of remembered childhoods. Several of these stories have appeared in The Atlantic Monthly and The New Yorker."
--Kirkus Reviews, starred review
This collection won Honorable Mention for the PEN Hemingway Prize, two stories were winners in the PEN Syndicated Fiction project and another story won the National Magazine Award for Fiction. Blood Relations was also nominated for the Janet Kafka Prize.